Week 3 or the Halloween event Robot Hell on Earth has landed in the game with an all new space mission to complete, “Come Hell or High Water”. 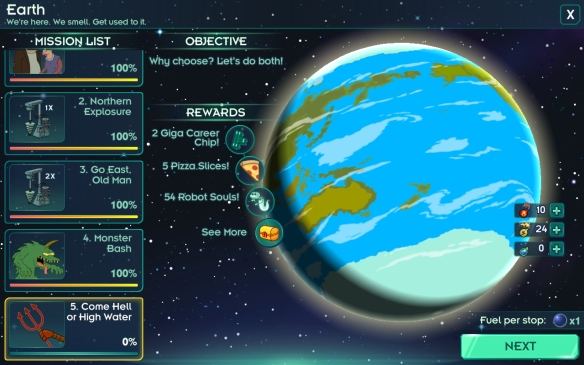 Here is the map for that mission and it is a crazy one. Of course it seems all event maps are crazy. This one is shaped liked the Robot Devil’s pitchfork. 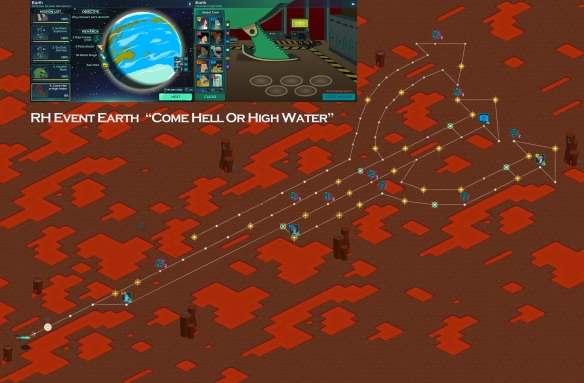 The straight path will take you straight to the end. The right path has a lot of requirements.

Robot Snakes are the new enemy sprite and you will need Thunder Bombs and Water Bombs to use in tandem to defeat them.

Honestly, the straight path here wasn’t too bad, even without bombs. It took a while, but I had three robot class crew, so it wasn’t bad getting to only -1 damage and then just wait it out. Also there wasn’t a snake at every battle. I had several that had only regular Chapek 9 robots to fight. That was a surprise. I also have taken to just return to New New York between battles to do other stuff and it doesn’t seem to annoy me as much just a couple battles at a time.

What to you think of these battles and the lack of bomb making materials? Do you do the runs without bombs? Do you think TinyCo intended us to run these without bombs and take effing forever?