It sure doesn’t take Tinyco too long to pop another little event into our New New Yorks. This event will bring Bill Nye and Stephen Hawking to our games. It started today and ends on September 27th at 3pm PDT! 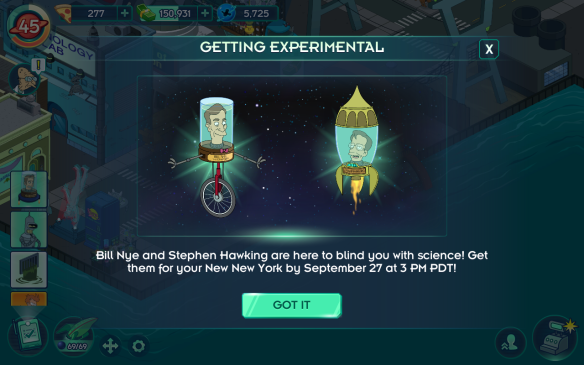 First up will be some dialogue followed by a couple 6 second tasks for the Professor and Fry. Then the next task will have you place the Hypnowave Observatory, which will come with Bill Nye. Then Complete the mission on Mars called “Head in the Game”.

To unlock Bill Nye the Science Guy you need:

The beginning of the questline: 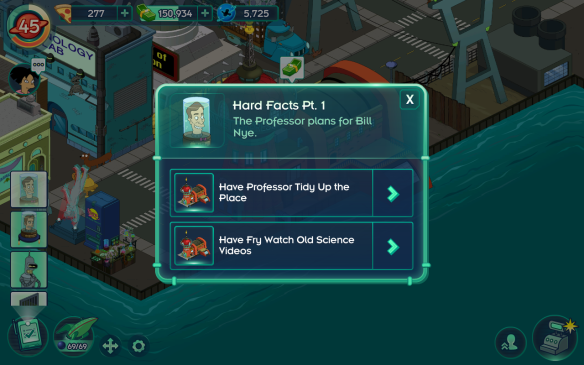 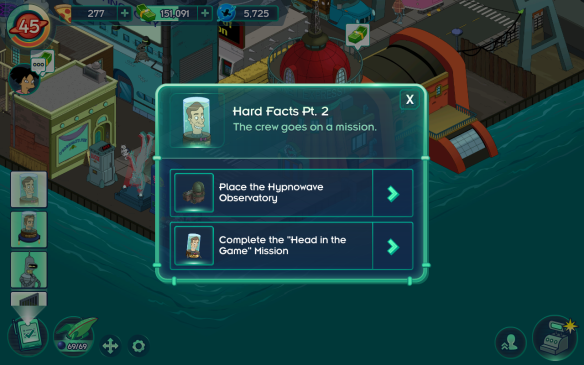 Looks like there are prizes for completing the space missions:

I think this will be a good event. Keep following that event questline, send those characters on their actions and do those missions when you can.

So what do you think of the newest limited time event? Let me know in the comments below.

1 thought on “Getting Experimental Limited Time Event is Live”