Well, hello, dearies. Welcome to the first big event in the game.  The Omicronians are invading so what does that mean for our towns.

This  is going to take some time. I will update this post with info as I can add.

First, players must have unlocked Central Park to play this event.

Second, there are several different bugs in the game right now. Hopefully they will get them fixed, as most of this event is interdependent.

Third, the event ends on August 30th 2017. You must completely unlock the items or they will be gone for good.

To Unlock Hattie you need:

12 Cats(Uncommon)- Get from Bender, The Professor and Amy

To create this outfit you need:

40 Sitcoms on VHS (Always)- Get from Omicronian Space missions “Space Invaders”,”Omicronian Assault”, and “Cease and Resist”.

15 Dirty Socks (Common)- Get from Scruffy, Fry and the Omicronian Parking Garage (chance 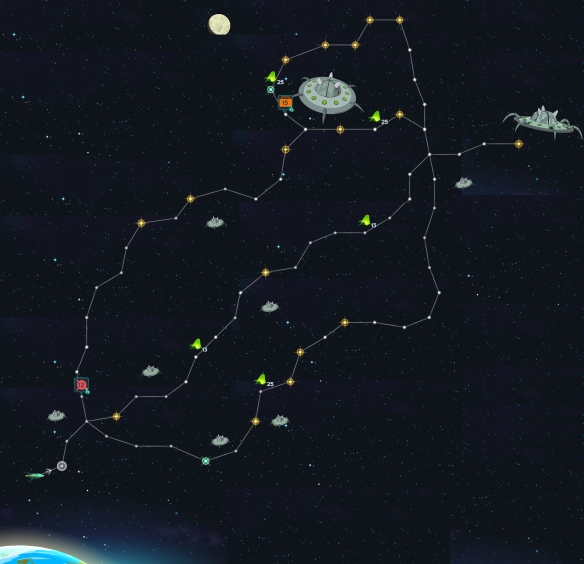 More info coming. Just follow the main prize track which is the icon with Lrrr on it. What do you think of the event so far?